Try it for 14 days for free 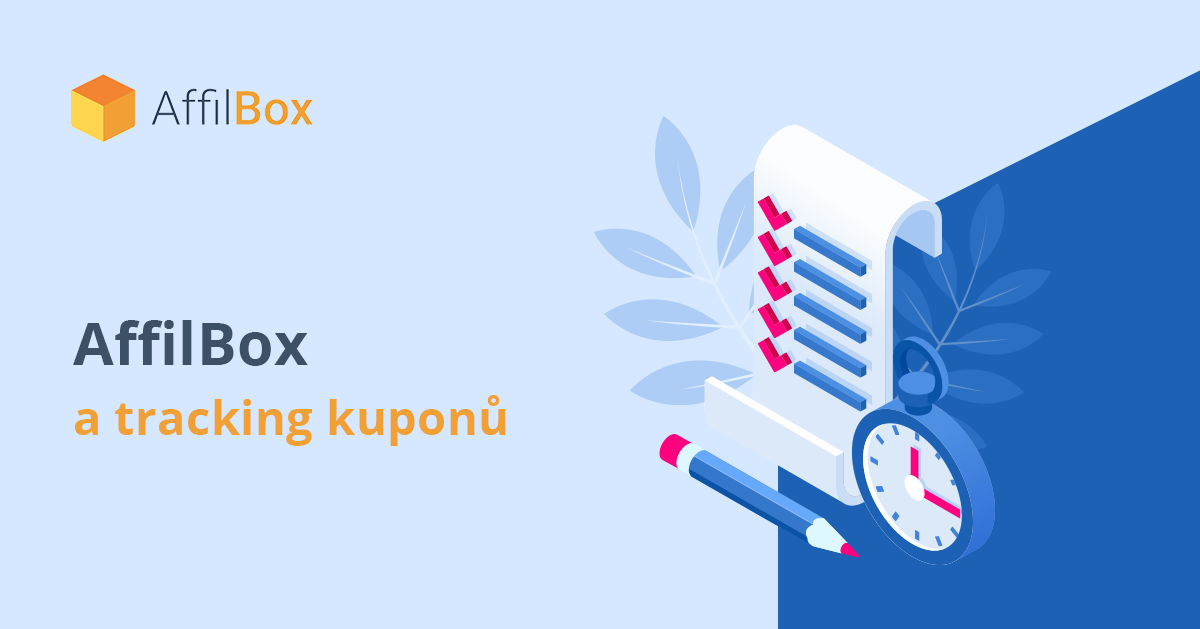 We have a big bombshell for our clients. AffilBox can now track coupons that customers apply in our e-shop, online service or saas app.

What can AffilBox track now?

What does all this allow?

A completely new use of affiliate marketing, which has transcendence into offline or performance marketing in collaboration with influencers and other similar partners thanks to this feature.

We already have the first advertisers in the offline who want to track the performance of their campaigns in the real world, and are using specific coupons to do so. These can be, for example, in the form of a card, a paper coupon, but in the future they can also be on a billboard.

This feature breaks the “cross-device” tracking problem, because when using coupons, it doesn’t matter on which device the partner click-through took place (or if there was one at all) and on which device the order was placed. In this case, conversions that were undetectable by standard methods will now be matched.

Already on the first clients we’ve been testing this feature with for over a month, we’re seeing an increase in conversions. Or how to get around a cruel technological problem with 1 elegant feature.

As mentioned above, coupons can also allow atypical affiliates to work in the affiliate who, for example, due to technological limitations, cannot use traditional advertising links or registered sites (i.e. linking without the affiliate parameter).

Exactly like influencers on Instagram and other similar platforms, where it is not common to have an external link for all media.

Basically, this is an extension to the conversion code, which will now need to add an entry:

KOD_CUPONU is an interpreted string/content of the coupon, so for example KODKUPONU25, or your e-shop or online service will need to be able to pass this variable value to the thank you page.

Preparing for the future

In advance, we have also prepared a function/variable for “coupon discount value”. We will not work with it now. But when you implement it, from that point on we will store the discount value of that coupon. And then when we get our interface ready for that, we’ll have historical data.

Or we need to add this line to the conversion code:

DISCOUNT VALUE is the monetary discount “effect” of the coupon already calculated from the order value.

= so in HODNOTA_SLEVY it should be 2000 = before applying the coupon it was an order for 10 000 CZK and still without VAT and postage).

Same form as the price, the decimal separator here is a decimal point.

KOD_KUPONU is a trivial thing to pass, because what you apply for the coupon will be passed (in the form of a text string) to the given code on the thank-you page.

Implementing the value calculation is more challenging, but it gives both sides a big advantage in the future (they just have to carefully line up the logic to make it work out the same even though the coupon will be %, or with a fixed price or free shipping).

Functionally, this method of tracking is enabled via a Plugin. Once activated, the option to set up Coupons (import, split, …) will appear in the settings detail of the individual affiliate campaigns.

Based on the complexity of developing, implementing and then rolling out the features, we have added this new option only to AffilBox PRO licenses.

It also fits the logic that the basic cheaper version is enough for most campaigns and the specialties (commissions by campaign, registered sites, postbacks, coupons, …) are for more experienced and larger campaigns.

We have added the ability to affect the commission calculation for a partner depending on coupon no/use. This functionality has been added to the Bonuses plugin, which is also in PRO licenses.

Detailed procedure/instructions can be found in the article regarding Bonuses.

For advertisers with multiple campaigns, we’ve added the ability for each coupon to choose whether it is only valid for the campaign in which the coupon is embedded or for all campaigns in a given AffilBox instance. This will make it many times easier to insert the same coupons that have, for example, overlap between international e-tailers that are under the same license.

Your email address will not be published. Required information is marked with *